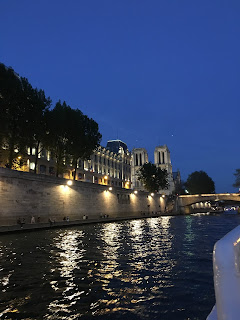 One of my favorite museums in Paris is free- Musee d'Art Moderne.   Camille and I visited here two summers ago with Kelly and were amazed at the Impressionist art that you could walk right up to with no lines!  So we brought Pete back and visited the temporary exhibit for Albert Marquet who we had never heard of.  Turns out, he traveled with Raoul Dufy painting northern France waterfronts, spent time on the Riviera with Matisse and lived from Paris to Algiers.  Pete even loved the work-probably because it was mostly waterfront. Marquet exhibit information 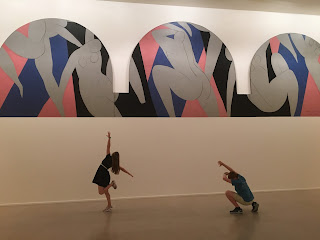 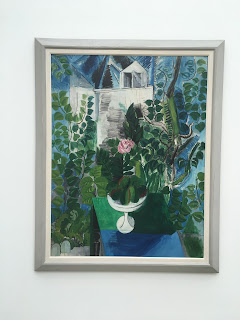 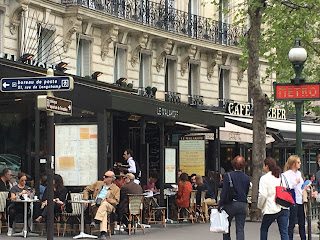 After the museum, we walked up the Right bank for lunch in the Trocadero.  I still think this is the best view of the Eiffel tower without the crowds and street vendors.  And the pictures from the top of the steps are always fun. 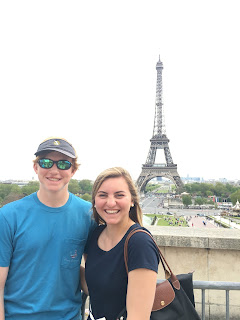 Then, an afternoon planned by and for Pete- history, military history.  In all the times I've visited the city, I had never been to Les Invalides.  Built as a hospital, it now holds the Musee l'Armee and the Cathedral with Napoleon's tomb. 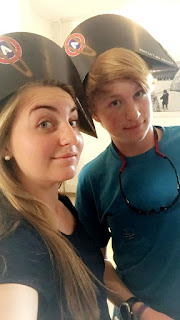 Since Pete was most interested in the World War 1 and World War II parts of the museum, that is where we headed and spent almost two hours learning about the French involvement in both wars.  The museum had a great collection of military uniforms, videos, weapons and interesting facts- some we knew, some were new to us.  For instance, we knew that the French uniforms for WWI had red which looked very fashionable but made them great targets for the enemy.  We also knew that they mobilized over 600 Parisian taxis to transport troops to the front-"the Miracle of the Marne".  We did not know there were alpine divisions of the french army, or that during WWII they dropped hundreds of small silver "windows" with parachutes to confuse German radar into thinking they were parachuting soldiers. 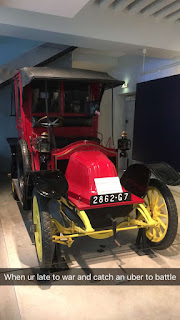 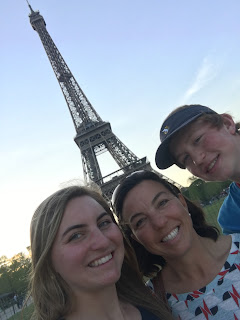 And after a great dinner with the Bullingtons, back to the Eiffel tower for those great afternoon pics- watch the video and see my competitive son accidentally whack his friend..she was fine, thank goodness. 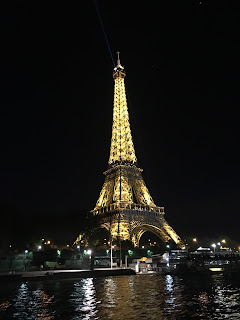 And a river cruise to rest our tired feet and watch the city light up.  I think I have been on a Bateaux Mouche every time I have been to Paris.  I love how it immediately removes you from the hustle and bustle and dust of the city and the views of the bridges are amazing.

So much to process in one day with another to go...But feeling so lucky for the opportunity.

Posted by Elizabeth McGriff at 7:50 AM